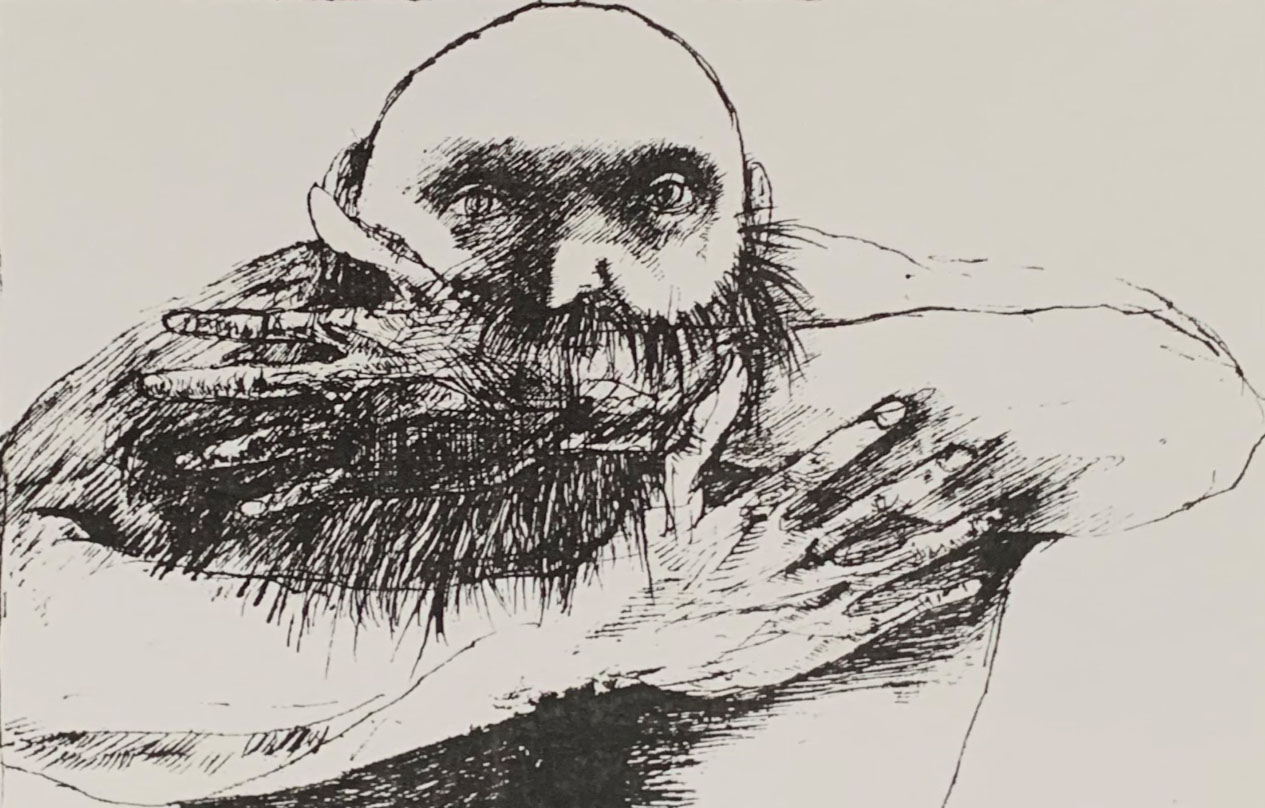 Widely recognized as a major figure in 20th century American art, Leonard Baskin was a master craftsman, artisan, and artist whose sculptures, prints, books, and drawings can be found in nearly every major research library and art museum. The Hermaika series was inspired by the use of herms to mark boundaries in ancient Greece. The term originated from Hermes, the god of boundaries, whose head could be found at the tops of these pillars. Other herms paid homage to other gods and eventually to significant men and women.

An interesting collection of bound and unbound interactive ‘books’ by Leonard Baskin, Georges Braque, Anne Carson, Marc Chagall, Antonio Frasconi, Paul Klee, Kathe Kollwitz, Mike Mignola, Diego Rivera, and Rob Ryan. No two are alike but often share the use of a unifying poem or narrative to drive their creation. 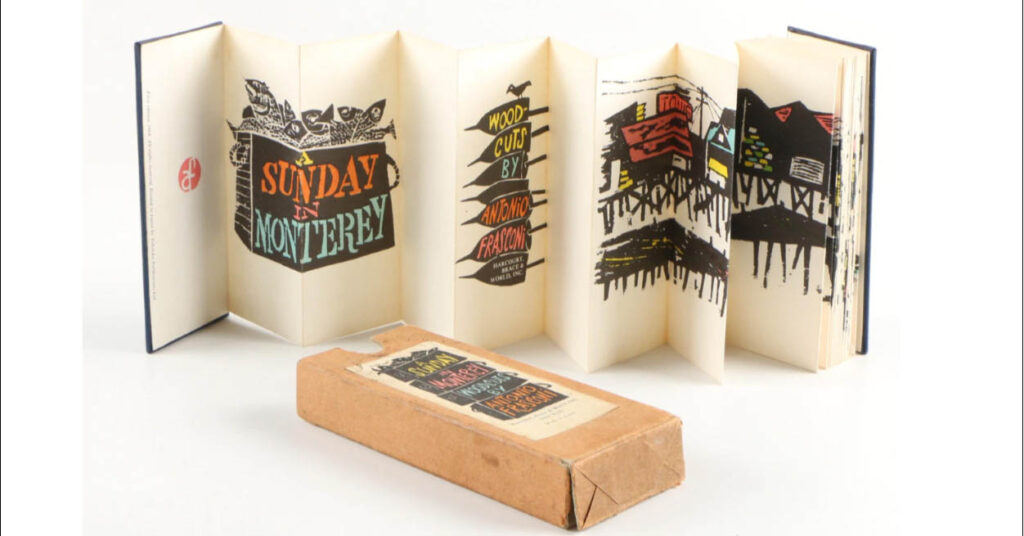 A Sunday in Monterey by Antonio Frasconi, 1964