Louis J. G. Buehler was a prominent third generation furniture manufacturer in Allentown, PA. Never married, he bequeathed his private collections to historical societies and museums for the education and preservation of future generations. The Hoyt Center for the Arts was fortunate enough to benefit from Mr. Buehler’s generosity in 2000 receiving numerous examples of the antiquities for which his family business was well known. In addition to the heavily carved tables, embellished needlepoint chairs, and Eastlake style bedroom furniture, the Hoyt also received a large portion of Mr. Buehler’s vintage toy collection including wind up tin toys, lead soldiers, “matchbox” cars, and beloved trains. Other domestic items such as cookie cutters, needlework, and aprons used by the women in his life, namely his mother and aunt, were also saved and are displayed with the furniture throughout the Hoyt West Period House.

For nearly a century Shenango China thrived in New Castle, PA, creating dinnerware for clients ranging from the average American house wife to kings and queens. “The Pottery”, as it was affectionately known, employed more than 30,000 individuals over the years and was known across the globe for its durability as well as design. It’s offspring, Castleton China, debuted it’s museum line at the Museum of Modern Art in 1946 from the skilled hand of Eva Zeisel, featuring designs by the greatest artists of the day – Pablo Picasso, Marc Chagall, George Braque, Stuart Leger, Andrew Wyeth and many more. Castleton China also created the celebrated presidential services for President Eisenhower and President Johnson, as well as Air Force One and other government divisions. It is these fine works that The Hoyt Center for the Arts retains in it’s collections displayed in J. Howard Bruce Shenango China room in Hoyt East and throughout the period rooms of Hoyt West. 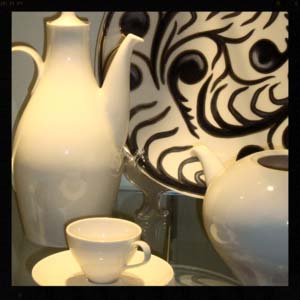 The selection of thirty two posters from the Hoyt’s WPA:

Reminiscing America exhibit remain in the Hoyt’s collection to educate the public on the role of arts and artists in the New Deal Era.

The collection is currently being prepared for a free traveling exhibition for schools complete with a curriculum and lesson plan. 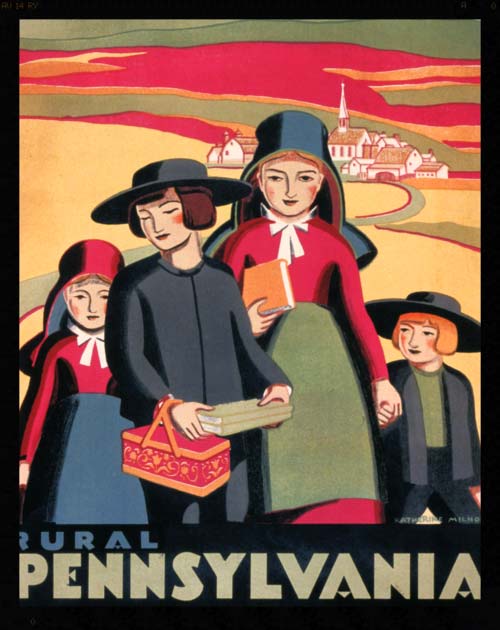 Named for former educator and patron Gertrude Chapin, the newly renovated Gertrude Chapin Fine Arts Library boasts more than 1000 books and periodicals on the history and instruction of the Arts & Humanities.  Located on the upper level of Hoyt East, it is a wonderful resource for educators and students interested in researching the “who, what, when, where, and how” of most any media or art movement.