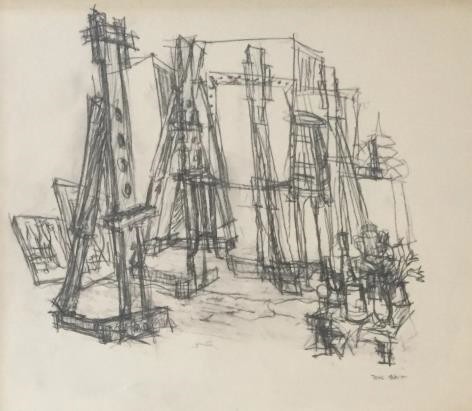 Dike Blair was born in 1952 in New Castle, Pennsylvania. He studied at the University of Colorado, Boulder; Skowhegan School of Painting and Sculpture, Maine; and the Whitney Museum Independent Study Program, New York. He received his M.F.A. in 1977 from the School of the Art Institute of Chicago, Illinois. His work has been exhibited at the Gagosian Gallery (New York), Karma (New York), Feature, Inc (New York), Linn Luhn (Dusseldorf), the Museum of Contemporary Art (Los Angeles), Centre Georges Pompidou (Paris), the Whitney Museum of American Art (New York), and Walker Art Center (Minneapolis). Blair’s work is featured in the collections of the Whitney Museum, New York; the Brooklyn Museum, New York; LACMA, Los Angeles; and MoCA Los Angeles, among others. 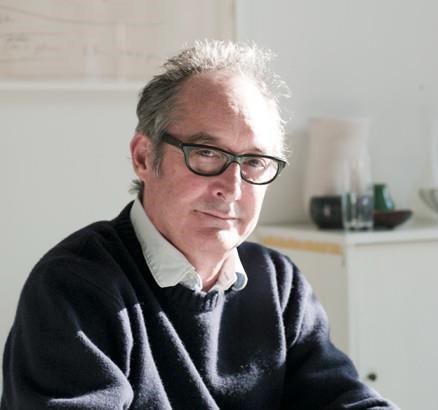 Dike Blair’s work depicts ordinary, mass-produced objects in striking compositions inspired by the Japanese tradition of ikebana, a method of arranging flowers and other objects in a way that achieves an overall sense of harmony. Blair applies this approach across various mediums, including painting, photography, and sculptural installations. His small gouaches, for instance, are painted from photographed arrangements of items that often refer to petty vices (a pack of cigarettes) or cultural consumption (VHS or cassette tapes). Blair’s installations, on the other hand, highlight the singularity and importance of individual objects–such as a paper lamp set in opposition to a freestanding light box, in a sort of standoff between two sources of illumination–in a way that can recall the Modernist sculpture of Isamu Noguchi.

Dike Blair is the son of Phyllis E. Blair who was Chairman of the Art Committee and Permanent Collection at the Hoyt from 1967-99, (where she was also a trustee during the same period).