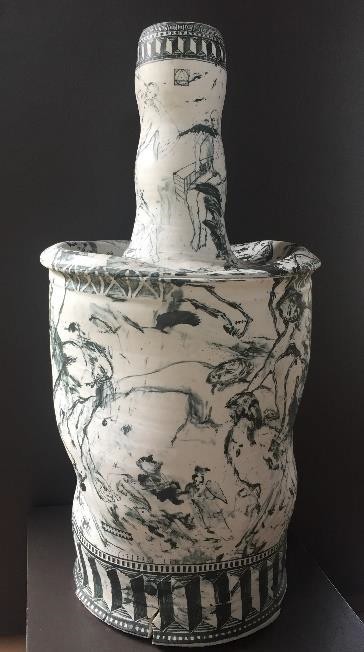 While at Edinboro University in northwest Pennsylvania, Eberle met his wife Evalyn as they both worked on their undergraduate degrees for art education. After graduating and serving in the army, Eberle married Evalyn in the Monongahela river valley, the same river valley where his studio now resides. 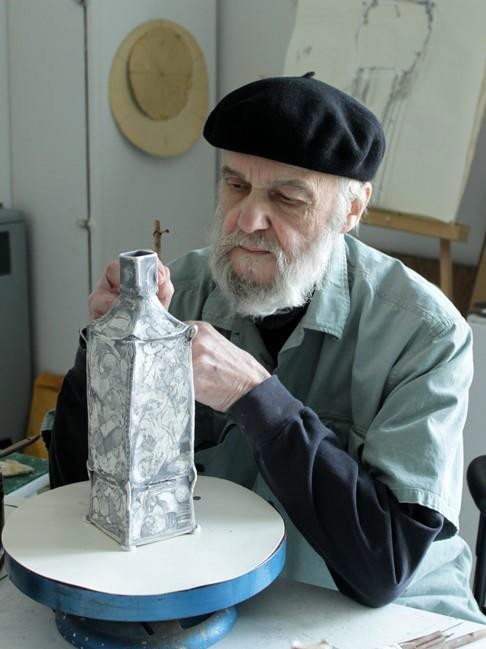 Edinboro had a rigorous studio arts curriculum, where Eberle fell in love with clay as an infinite medium of possibility. He attended Alfred University for his MFA studying under Bob Turner, Val Cushing, Ted Randall and Bill Parry. Additionally, he was a studio assistant for Daniel Rhodes. After graduating from Alfred in 1972, he taught fine art and ceramics at the Philadelphia College of Art, and ceramics at Carnegie Mellon University in Pittsburgh, PA. Even though his teaching career lasted only fourteen years, Eberle developed a following of undergrad and graduate students, with an inclusive  teaching  style  and  studio mentorship. He would bring innovative lecturers to Carnegie Mellon including: M.C. Richards, Howard Yana-Shapiro and Joseph Campbell (The Power of Myth).

In 1985, Eberle began working exclusively as a studio artist working primarily in painting, drawing, sculpture and ceramics for a prolific career that now spans 40 years. In addition to many solo exhibitions in New York, Chicago and Pittsburgh galleries, Ed has had several exhibitions at the Carnegie Museum of Art and the Columbus Museum of Art. Eberle’s artwork is in museum collections internationally including: The National Gallery of Australia, Los Angeles County Museum of Art, Nelson-Atkins Art Museum, Kansas City, MO, the Smithsonian American Art Museum in Washington DC, the Carnegie Museum of Art in Pittsburgh, PA, the Gardiner Museum in Toronto, ON, the Honolulu Museum of Art Spalding House, the Museum of Fine Art, Houston, TX and the Museum of Fine Arts, Boston, MA.

Artist photograph from the artist. Biography excerpts from edeberle.com