Stir the Conversation: Art as Dialogue

A storyteller at heart, West says his work is designed to challenge our thinking, enable our feelings, and implore our reactions to be vigilant and involved as human beings. Thus it is embedded with symbolism that is best revealed by repeated observation. 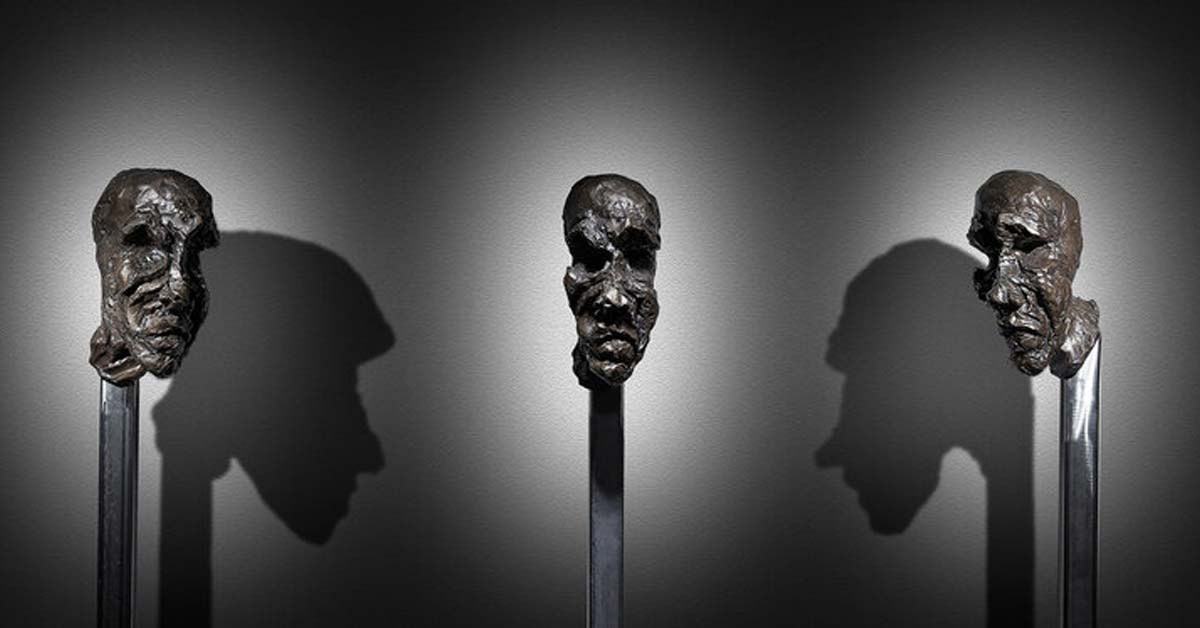 Arts & Education at the Hoyt is excited to present, Stir the Conversation: Art as Dialogue, a collection of works by internationally acclaimed figurative sculptor, Jim West, in the Main Galleries, November 5, 2019-January 9, 2020. A storyteller at heart, West says his work is designed to challenge our thinking, enable our feelings, and implore our reactions to be vigilant and involved as human beings. Thus it is embedded with symbolism that is best revealed by repeated observation.

For example, Point of View, a 10’ x 12’ bronze overlooking Pittsburgh from Mount Washington, does more than just depict the historic meeting of George Washington and Seneca leader Guyasuta in 1770.  It tells the story behind this meeting with visual clues.  These two men were once allies, but then fought against each other in the French and Indian War.  Seventeen years later, they met again, along the Ohio River, to discuss the lands and its occupants.  While both men have their weapons, Washington’s hand is resting on the inside of his sword.   Guyasuta’s tomahawk is positioned with the blade down. This indicates a meeting of peace not war. Yet the figures are positioned uncomfortably close. They are face-to-face as if in intense conversation.  Washington is gazing down at the Ohio Valley, symbolizing the colonist’s desire to move westward, while Guyasuta has his back to the valley, indicating his defiance of the white man’s push into the Iroquois Nation.

While you cannot expect to see such monumental works in the Hoyt’s galleries, you can expect to see the photographs and maquettes of such larger than life commissions there.  It is from these that West built his career.  Such as a 12” model of the 17’ Benjamin Franklin commissioned by the Masonic Museum and Library in Philadelphia, PA or a 37” model of Albert Einstein that spans more than 25’ full scale.  These models, in and of themselves, tell a story of the laborious process of moving from an initial concept to a finished work.

Yet, it is Jim West’s newest work, making its first appearance in New Castle, that takes center stage.  This new work breaks the boundaries of traditional bronze casting with an infusion of light, sound and movement to create a multi-sensory experience of West’s own choosing.  In fact, the Hoyt had to build two intimate spaces, roughly 10’ x 12’ in size, to house these new narratives.  They are triggered to life by audience participation.

Despair and Anger, for example, invites the viewer to enter a darkened room.  A spotlight illuminates a set of headphones one wears inside.  With the push of a button, a 50 second narrative begins.  What you hear is soon illustrated by a sculpture illuminated by light in sync with the story’s sequence of events.  In creating this piece, West built upon his belief that man has the innate ability to experience two distinct emotions at once.  In this case, despair and anger.  He also plays upon the uncomfortable reality that these emotions, like many circumstances in our lives, are often out of our control.

The second room houses Can We Talk?, a piece West says confronts the violence and lack of communication plaguing our youth.  As one enters this darkened room, one sees a chair.  You sit.  Your weight triggers a spotlight revealing a young man leaning across a table towards you.  His raised hand  forms a piece sign.  The lights go on and off.  For a split second, “peace” is replaced by “violence”. Yet it happens so quickly, you wonder “Did I really see that?”   West hopes that Can We Talk? Inspires conversation from both sides of the table. Young-old.  Youth-parent. Student-teacher. Even peer to peer.  In fact, these pieces offer opportunities for viewers to respond with post-it notes or journal entries stationed throughout the show.

“We’ve certainly never hosted an exhibit like this before,” says Hoyt’s Executive Director, Kimberly Koller-Jones.  “We typically veer away from installations and videos due to the constraints of our historic facilities.  And, yet, I felt the need to push our own traditional boundaries to share an experience with Lawrence County that it may otherwise never have access to. To push conversations that we might otherwise never have.”

Jim West is largely a self-taught artist residing in Pittsburgh, PA.  He built his skills the old-fashioned way, apprenticing, visiting museums and continually learning from others.  Today, his refinement as an artist and educator has been recognized by a number of awards and appointments across the state.  West currently sits on the board of the Pennsylvania Council on the Arts and the Masonic Grand Lodge Committee on the Preservation of Monuments.

West will be informally greeting visitors at a Public Reception on November 8, 6-8 pm. “He loves to talk!”, says Koller-Jones, “He’ll no doubt share with you his love of art, history, and humanity that comes out in his work.  This is a wonderful opportunity to ask questions and interact with the maker!”   The exhibit will remain on view November 5, 2019 – January 9, 2020.

Stir the Conversation: Art as Dialogue