Our Story: A History of Regional Amusement Parks 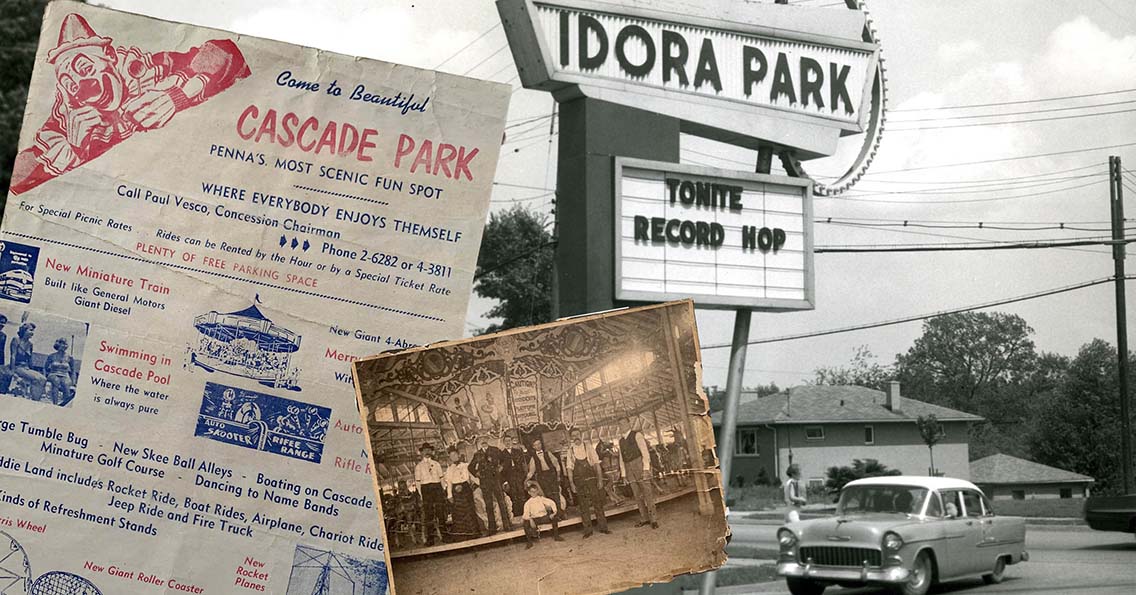 There is something about amusement parks that brings back as sense of nostalgia. At one time there were more than two dozen parks within a day’s drive of New Castle, many of them being trolley parks incentivized by trolley companies to increase weekend ridership. Initially they offered picnic groves and often theaters or boats, but swimming and rides became stronger draws as recreation evolved. Some trolley parks closed as the automobiles became the primary form of travel. Others succumbed to changing demographics, increased insurance costs, competition with neighboring parks, redevelopment and severe storms or fires. Our Story explores the the history of some of our most prominent regional parks including: Cascade Park, ldora Park, Kennywood Park, West View Park, and Conneaut Lake Park.

Special Thank You To:

A Day at the Park

Join local historian Robert Presnar at the Hoyt for a casual conversation on the history of Cascade Park in the context of Coney Island and our changing ideas of recreation over the last century. Free admission. Reservations requested.

Our Story: A History of Regional Amusement Parks