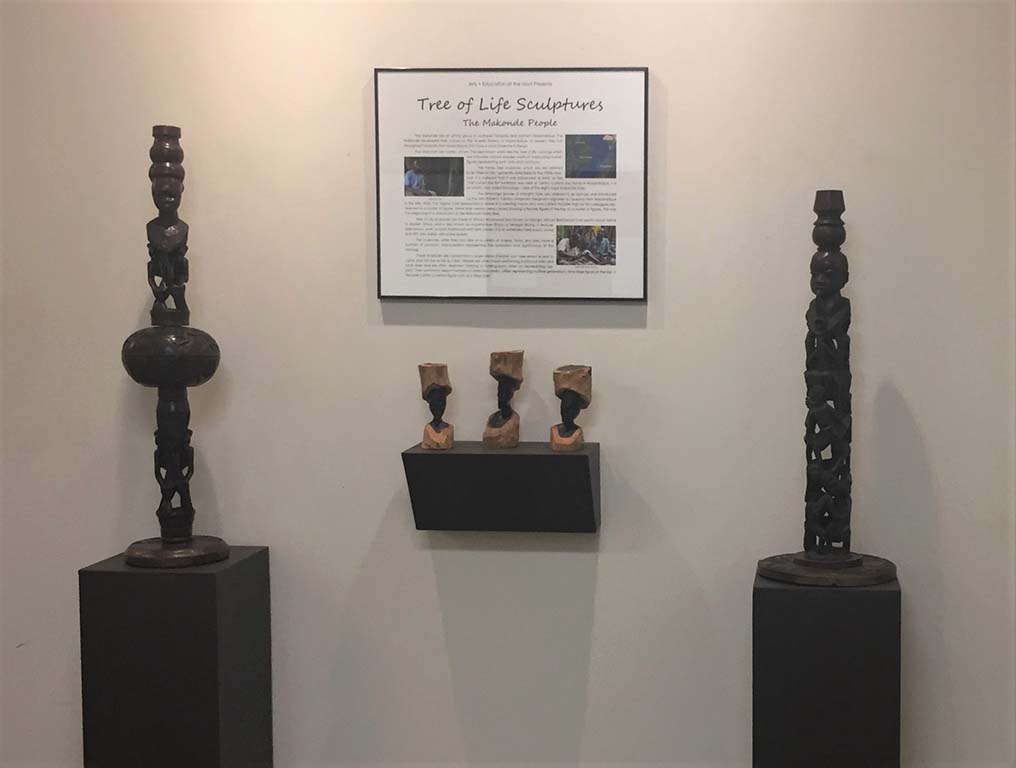 The Makonde are master carvers. The best-known works are the ‘tree of life’ carvings which are intricately carved wooden works of interlocking human figures representing both unity and continuity.

The Family Tree sculptures, which are also referred to as “Tree of Life,” generally date back to the 1950s; however it is believed that it was introduced as early as the 1930’s when the first exhibition was held at Centro Cultural dos Novos in Mozambique. It is an artistic style called Dimoongo – one of the eight major Makonde styles.

The Dimoongo (power of strength) style, also referred to as Ujamaa, was introduced by the late Roberto Yakobo Sangwani. Sangwani migrated to Tanzania from Mozambique in the late 1950s. The original style represented a winner in a wrestling match who was carried shoulder high by his colleagues represented in a cluster of figures. Some later versions were carved showing a female figure at the top of a cluster of figures. This was the beginning of a style known as the Makonde family tree.

Tree of Life sculptures are made of African Blackwood also known as mpingo. African Blackwood is an exotic wood native to Eastern Africa, and is also known as Mozambique Ebony or Senegal Ebony. It features dark brown, even purplish heartwood with dark streaks. It is an extremely hard wood, strong and stiff, very stable, with a fine texture.

The sculptures, while they can take on a variety of shapes, forms, and sizes, have a number of common characteristics representing the symbolism and significance of the   carvings.

These sculptures are carved from a single piece of wood, can take almost a year to carve and can be as tall as 6 feet. People are often shown performing traditional tasks and local work and are often depicted climbing or holding each other up (representing support). They commonly depict members of extended family – often representing multiple generations. One large figure at the top of the pole is often a central figure such as a tribal chief.