Welcome back!  The Hoyt will be resuming ‘in-person’ hours on June 3!  Click here for Green Phase policies and procedures. 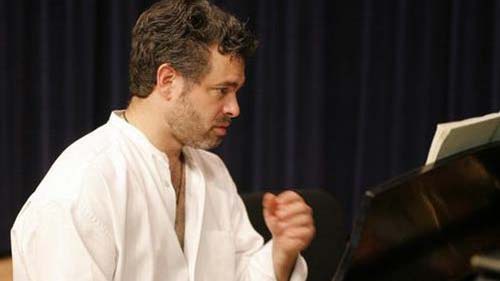 Bryan Pezzone has been performing and recording in the Los Angeles area since 1987. He is known as a versatile performer of classical, contemporary and improvisational styles. He performs with composers and musicians as diverse as Pierre Boulez, John Williams,and John Adams, and has recorded count­less film and television soundtracks.

He is the pianist for Free Flight, a crossover classical/jazz quartet, and initiated the “FREEDOM SERIES”, concerts merging improv with verbal musings on life. He was principal pianist in the Hollywood Bowl Orchestra ( 1991-1999), and the former chair/founder of the keyboard department at the California Institute of the Arts (1987-2000). He has since been redefining his role as an artist and person in today’s complex culture.