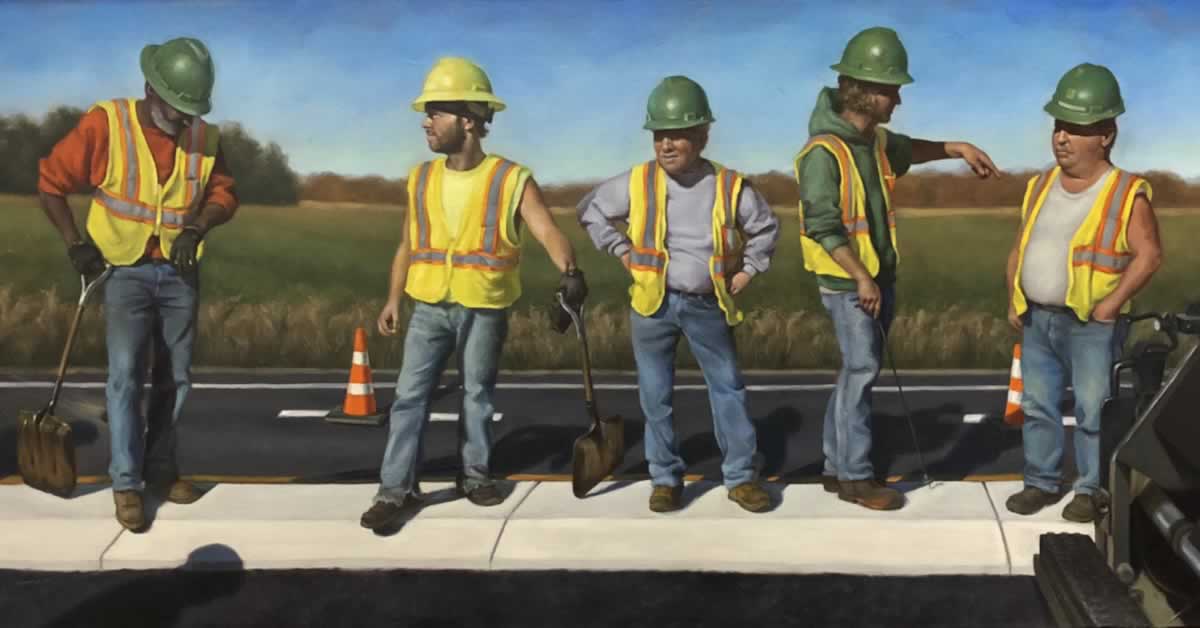 Rabecca Signoriello invites the viewer to explore their relationship with the blue collar worker in her latest body of work called Grit, June 4-August 15. Despite being a classically trained painter, Signoriello works on a road crew and was inspired by onlookers curiosity but reluctance to meet her gaze. “As I look up … they quickly look away,” Thus many of the paintings have the subject staring at the audience “forcing the visual confrontation of these two separate worlds.”

However, Signoriello wants the viewers to be welcomed into the paintings. “In reality these working scenes are overlooked and avoided because they are filled with noise, chaos, danger, and rigor. In the paintings the viewer is invited to examine the space, because it is safe, ordered, and quiet.”

Rabecca Signoriello was born and raised in Northwestern Pennsylvania. She attended Edinboro University, obtaining BFA in 2004. Upon graduation, she started Signoriello Studios, specializing in murals, while retaining her job with a respected paving company as a laborer. After several years of painting, she was accepted to The New York Academy of Art where she continued her education. During this time she received several merit awards, including the Walter Erlebacher award; in addition to receiving an Artist Residency at Leipzig International Arts Programme in Germany, Rabecca earned her MFA degree in 2011 while studying under several noted contemporary painters including: Vincent Desiderio, Steven Assael, Margaret Bowland and Jenny Saville. Her works are in private collections in New York, Pennsylvania, Florida, Germany and Monte Carlo Monaco. 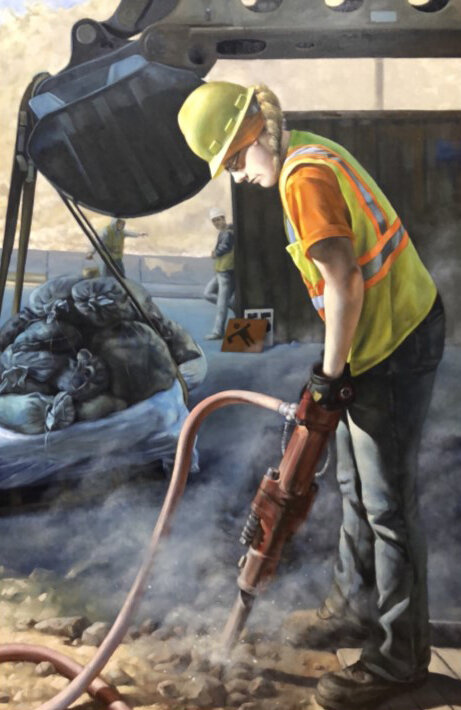