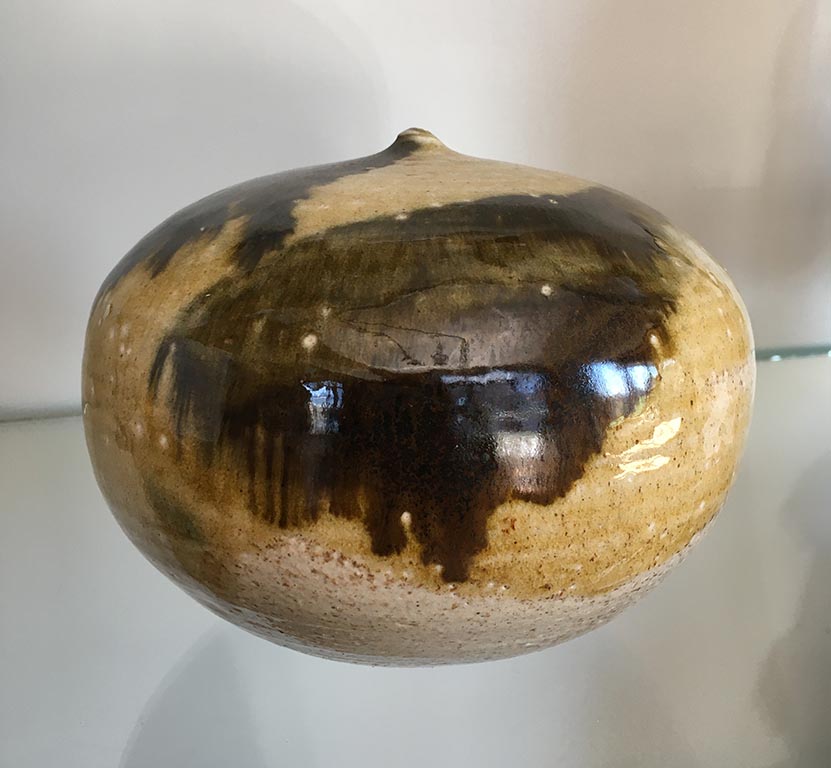 Toshiko Takaezu (1922-2011) was one of the twentieth century’s greatest abstract artists. Gifted with prodigious drive and vision, she combined inspirations from her own cultural background with currents from contemporary painting and sculpture, arriving at a unique expressionist idiom. 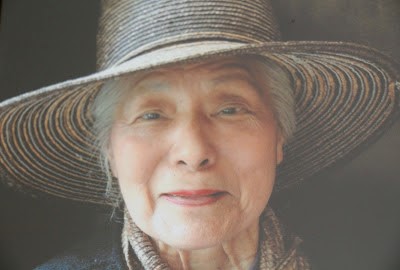 Born in Hawaii to a Japanese émigré family, Takaezu received her early training in ceramics in Honolulu, and then attended Cranbrook Academy in Michigan, when it was an epicenter for adventurous modernism. Already in this early phase in her career, she was able to see correspondences between Abstract Expressionism and the spiritually infused traditions of East Asia, such as calligraphy and tea ceremony. She combined these cross-cultural influences into a powerfully resolved synthesis.

Though made using traditional pottery techniques of wheel-throwing and glazing, the works for which she is best known – the closed forms – are best understood as sculptures, or perhaps as paintings-in-the-round. They are as individual as people are, varying greatly in scale and shape, color and texture, and in their internal tectonic rhythms. Some are vigorously painterly, with splashes and rivulets of color coursing down their sides. Others are more meditative, sheathed in overlapping veils of hue. They have a close affinity with the work of other postwar expressionist artists, such as Franz Kline, Joan Mitchell, and Mark Rothko.

Takaezu was also a great experimenter. In her early career she expanded the possibilities of the vessel, exploring multiple spouts and lobed forms, and made plates that were essentially canvases for freeform composition. Later innovations included upright cylindrical vessels she called “trees,” anthropomorphic forms with strong shouldered profiles, bronze castings, and slitted-open sculptures (also known as “Momos”) that afford a glimpse into their dark interiors. Throughout her career, Takaezu also pursued media apart from ceramics, including large-scale textiles and paintings, which extended her vocabulary of vivid chromatic abstraction.

Last but by no means least, Takaezu was a profoundly influential teacher and mentor, who trained generations of younger artists at the Cleveland Institute of Art, Princeton University and other institutions. Her legacy lives on in these students and apprentices, and above all in her own work, which both exemplifies and transcends the ideals of modernist ceramic art. By Glenn Adamson, Senior Scholar at Yale Center for British Art